What Quantum Theory Can Teach Us About Marketing | Perfect Search

Find out how your education organization can reach prospective students where they spend time. Social media should be a major focus. Find out why with this infographic from Perfect Search! Read more here: https://t.co/zVEnI6b0XA https://t.co/r7q2FUInRx 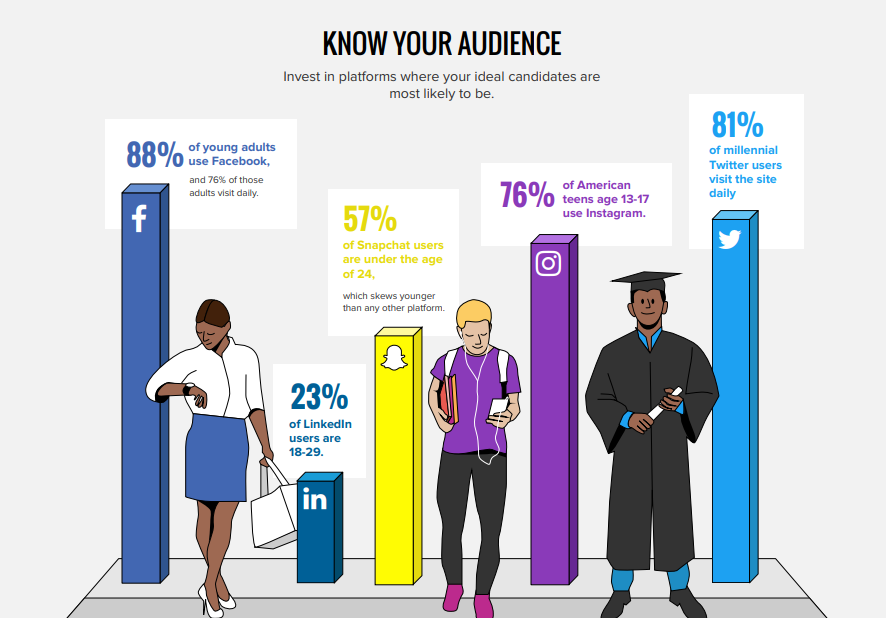 What Quantum Theory Can Teach Us About Marketing

Marketing experts and quantum physicists may have very different professions, but the theories that both have are strikingly similar!

Quantum physics isn’t all just long strings of equations and blasting electrons through walls (although it might be sometimes). There are several very profound features of quantum mechanics that are hyper-relevant to today’s marketing world, especially digitally.

The Quantum Mechanical Properties of Marketing

The world as we know it behaves in a way that we can deem predictable and logical. However, once we move to the level of unimaginably tiny particles, those rules are no longer applicable.

The properties of these subatomic particles can be described using the laws of physics governed by quantum mechanics.

Similarly, on a larger scale, businesses often make decisions based on logical processes and reliable predictions. This has been the case for decades and continues to be the guiding force of business decisions.

But as marketing becomes more and more targeted, individualized, and dynamic for each individual, the rules that we once relied upon start to seem strange and unpredictable.

In these hyper-localized, hyper-specific, tiny marketing interactions--we can turn to quantum mechanics to help explain behavior.

In its essence, quantum mechanics has three revolutionary principles:

Now, let’s use these three revolutionary principles of quantum mechanics to better understand the “new” rules of marketing:

1. The dual-nature of human decision making

The process of decision making, on a large scale, is seen as predictable and rational. We see the point in which a consumer starts and ends their buyer’s journey as following a line of reasoning.

However, if we zoom in on the consumer’s path from start to finish, we often find many lines, zig-zags, backwards steps, gaps, obstacles, etc.

Point A to Point B, or in this case, the instance of the need and the instance of the purchase, is a lot like a particle traveling from the starting line to the finish line. But the reality of what happens between point A and B is far from a straight path.

The process of decision making is like a wave rippling through space, interacting with the many factors of its environment as it moves forward. This behavior can result in the consumer straying away from the path to conversion, or taking much longer than anticipated.

As marketers, if we ignore the many factors that affect the “wavelike” behavior of a consumer’s decision process, we miss many opportunities to bring that consumer closer to the conversion.

These individual decision-making factors can be mitigated by making micro and macro observations when devising a marketing strategy.

Macro considerations (for the particle mind)

Micro considerations (for the wave mind)

2. How observations can affect outcomes

To sum up a complicated experiment in simple terms, electrons being measured using non-obstructive methods change their behavior based on whether the measuring tool is observing it or not observing it.

Although wrapping your head around this experiment is hard, recognizing this principle in real life is very relatable. As marketing and advertising become increasingly digital, our privacy as consumers sometimes can feel compromised.

Targeted ads can be helpful, but it can feel scary for some people to feel like the “algorithms” are reading their minds or even listening to their conversations. This knowledge of being observed as a consumer has created some issues for marketers, such as:

The very tools that help marketers target their audiences more granularly and predictably also are leading to some of these concerns of being watched at all times while on the internet (and we are on the internet a LOT these days).

Advertisers shouldn’t try to “trick” users into thinking they aren’t being tracked, but they should keep in mind certain ideas that may make the idea of advertising tracking less scary and more helpful:

Scientists may not have figured out a way to stop the quantum mechanical process of observations affecting the behavior of particles, but at least as marketers, we can improve our strategies to help the effects!

Another mysterious principle of quantum physics is the idea of entanglement. In certain situations, single particles, such as photons of light, can be split. This splitting results in a particle existing in two places at once, rather than two different particles entirely.

A consequence of this is that anything affecting one of the split particles instantaneously also affects the other particle, even if they are millions of miles apart and not in any way physically connected.

This property intersects the marketing field through advertising. Advertising aims to affect users well beyond the point of contact with the ad.

Effective advertising can strike a consumer at one point, and then cause an effect on that person hours, days, or even weeks later at a totally different point in space. For example, a person purchases a Coke due to exposure to an advertising campaign weeks in advance.

Having ads that can “entangle” consumers are ones that are multi-faceted, interactive, memorable, uniform, and relatable. Having multiple touch-points with an ad or branding strategy that sticks can cause lasting effects, including recall and top-of-mind benefits far and wide.

Now that you’re an expert in both quantum theory and marketing theory, it’s time to put that knowledge into action! Perfect Search is your newest partner in digital marketing success. Contact us today for a comprehensive site and strategy audit!

Ready to Take the Next Step?

Our digital marketing services will take your business to the next level.

Start your journey with a comprehensive site audit.

Call Email
Stay in touch with digital marketing & those who know it best.
Sign up for the Perfect Search newsletter.